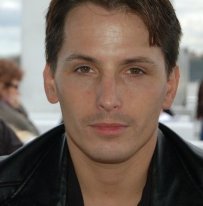 Lance McCarthy, Microsoft MVP, is an exceptional community leader with an acute expertise for all things .NET and C#, especially on the XAML stack, including WPF, Silverlight, Windows Phone and Windows Store apps. Lance is very helpful online, guiding and answering questions from Microsoft developers on Twitter as @lancewmccarthy, he blogs on his own time as well with a strong focus on Windows Store and Windows Phone apps at Boston Nokia Developer. He organizes & hosts events in the Boston area such as user group nights, mini-code camps and full hackathons (like this successful one in Boston)

As a Developer Ambassador at Microsoft and Nokia, Lance sought out and engaged developers through outreach programs and provides them with technical support and resources to make them successful on the Windows Phone and Windows 8 platforms.

During the day Lance is a Senior Technical Support Engineer at Telerik. Where he supports developers and teams from Fortune 500 companies with their Windows 8, Windows Phone 8, WPF, Silverlight, ASP.NET AJAX, ASP.NET MVC, and KendoUI applications. He helps debug problems developers are experiencing in their applications integrating Telerik components.

Lance was also an Assistant Professor at Harvard University, where he helped students build, market and publish successful Windows Phone apps. He continues to teach at Boston University one class a semester for the cloud computing students.

He has also appeared on podcasts such as the Windows Developer Show (here, here and here), has been a technical editor for publications and books, has won several app building contests and hackathons (including first place the Microsoft Build 2013 hackathon), and is a published developer with over a dozen apps in the Microsoft App Stores.

For more information about Lance, go to j.mp/LanceMcCarthy

There are more, when I find the links (aka Proof), I’ll add to the list.